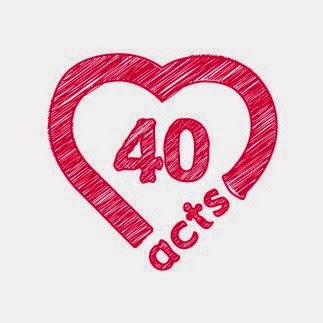 So I guess it is pretty ironic that the first blog post I put up late is the one for the “Tick Tock” challenge about doing things on time!  Not that this is an excuse, but I was out from 7-7pm on a training course yesterday and was shattered when I got home, so here I am today to let you know how I got on!

You will be happy to know that I was early for all my trains and my training course yesterday (I don’t normally make a habit of being late anyway, so I guess this wasn’t a huge challenge for me).  But I do have an amusing story of what happened on my train on the way home to share with you.

Once I get off the train at Doncaster I then have to catch a tiny little train that chugs along between Doncaster and Sheffield, stopping at every little station on the way.  At the time of night that I was on it, it was pretty empty, and it only really stops for a couple of seconds at each place to see if anyone wants to get on or off.  The stop before mine, two ladies ambled down towards the door when it stopped, but by the time that had reached it the train guard was closing the doors and signalling for the train to be on its way.  They had been too late to get there, and there were consequences

One grumpy lady on the train shouted at them “well you were too slow weren’t you!”.  As the ladies grappled with the fact that they would have to get off and the next stop and pay for another ticket to come back, I got up ready to get off at my stop.  That was when I knew I couldn’t just stand by and let that happen – I had that familiar “generosity prod” in my heart saying that I should do something.  The station they were supposed to get off at was only a couple of minutes extra drive for me, so in the spur of the moment I offered to drive them back to that station.

They were so overwhelmed – I don’t think anyone expects people to be so nice nowadays – and I had a great chat with them in the car about where they lived (just up the road from me really) and why they had moved there a year ago.  I was ten minutes late getting home, but I had helped someone else in trouble out.  I think that is a pretty good reason for being late!!

And that brings me on to today’s act – “Mix it Up“.  As I am working most of today I am not sure how well I will do at this, but I think I may just try finding out whether there are different culuture groups living in my local area, as I really don’t know if there are!!!